Copyright 2021 - All Right Reserved
Home  »  Printer Manufacturers  »  What Happens When You Scan Money?

What Happens When You Scan Money? 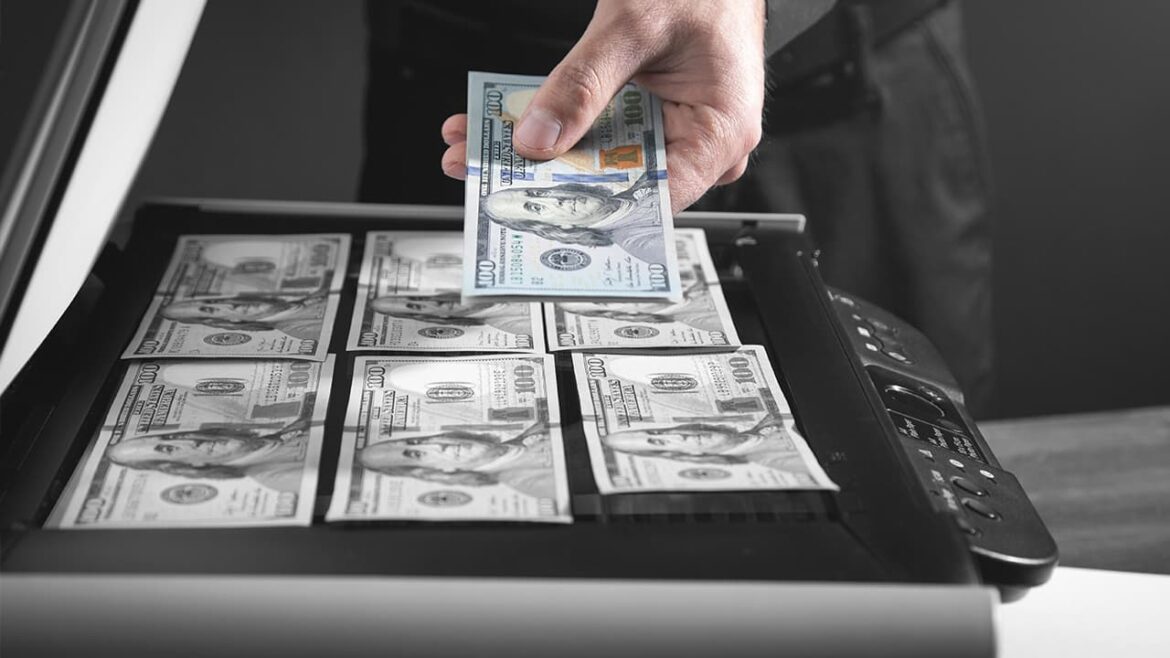 As a child, everyone must have wondered, at least once in their lifetime, whether it would be possible to scan and print high resolution copies of currency notes. Well, the answer is that you cannot scan or print money. And we don’t mean that it is illegal to do so. You literally cannot scan money. The machine will not let you go through with it. So what happens when you try?

How Do Printers Detect Banknotes?

Almost all major currencies have an in-built system that alerts printers to the fact that it is a banknote. Each currency note has a pattern of disjointed dots known as the EURion constellation, named for its resemblance to the Orion constellation. Instead of dots, some currencies had a pattern of flowers or musical notes. But all currencies had some sort of pattern that the printers and scanners could detect. When the machine detects the pattern, it stops.

This anti-counterfeit measure has been in operation since the 1990s, which was around the time when color printers started becoming popular. However, it was kept a secret until 2002, when Markus Kuhn, a scientist, tried printing money. What popped up was a warning note in many languages. Fascinated by it, he investigated banknotes of various currencies and detected the EURion constellation, which is how the world came to know about it.

However, printers, in recent times, have moved to a new and incredibly effective system called the Counterfeit Deterrence System (CDS) which was developed by the Central Bank Counterfeit Deterrence Group (CBCDG). This new method is very secretive, so nobody really knows how it works. What we do know is that CDS makes it even more difficult to copy banknotes.

Can You Edit Them Out in Photoshop?

No, you cannot edit currency images on Photoshop. In fact, Photoshop won’t even let you open images of banknotes. Instead, a message will pop up stating that the application does not support the editing of banknote images. This is because Photoshop also has an in-built system that lets it detect banknotes using the EURion constellation.

But what if you blacked out the EURion constellation and wanted to edit only part of the banknote image? Photoshop will still not let you open the image, because, in addition to detecting the EURion constellation, it also has the Counterfeit Deterrence System. So even if you black out almost the entire banknote image, Photoshop can still detect it as a currency note.

Adobe voluntarily adopted the CDS system in order to prevent counterfeiting. This is because Adobe software packages such as Photoshop and Lightroom had previously been used to forge currency. To reiterate how secretive the CDS is, even Adobe Systems did not receive the technical details of the algorithm to CDS when implementing it. The information was provided to them only as a black box! So, if we want to learn about how CDS works, we will have to wait for someone like Markus Kuhn to come around and decode it for us.