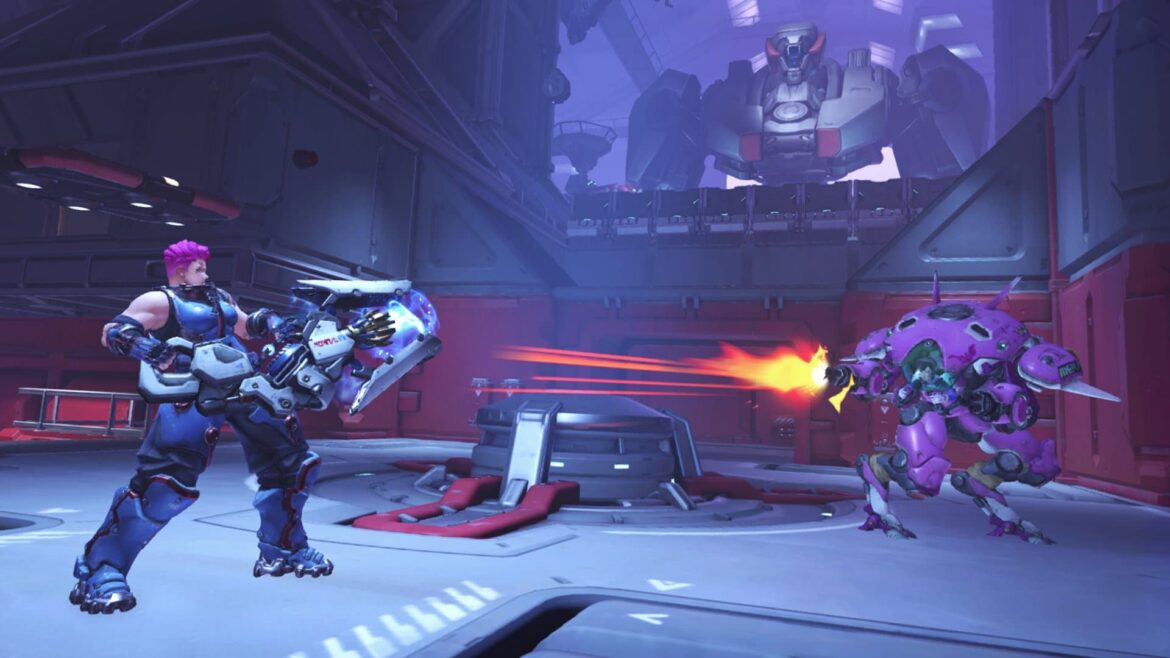 Overwatch came to Nintendo Switch three years after the release and became an instant hit, just like on other platforms. Team-based first-person shooter online multiplayer game has the same mechanics and game modes as PC, PlayStation and Xbox versions. Blizzards FPS spiced things even further in June 2021 when the company announced a cross-play feature that allows Switch players to link up with friends on other platforms and play the game together.

A new Overwatch update now requires Switch players to set up a free Battle.net account. You must sign up regardless of whether you’ll play against Switch opponents or engage in cross-platform action. After you set up a Battle.net account, connect your console in settings, and play with your friends on any platform.

You can use Joy-Cons, or Switch Pro controller, and even motion controls which can give you an edge in certain situations, but not as much as keyboard and mouse combo.

That is why Blizzard made limitations to Competitive in-game mode where PC players can only play against other PC gamers. All different game modes allow playing gamers from Switch, PC, PlayStation, and Xbox simultaneously. Console players might not compete with PC in Competitive mode, but they can opt-out of cross-play at any time, something PC gamers can not. However, if you do opt-out of cross-play, you can play only with other players who have done the same, which is somewhat limiting for an online multiplayer FPS.

Updated Battle.net now allows you to find friends from all over the world without regional limitations. Nintendo Switch is the best portable handheld gaming system, but it has less raw performance power than other platforms. That said, developers did a great job limiting errors and glitches while playing in cross-player action.

Blizzard tries to keep things competitive by adding new challenges. Among notable novelties, Overwatch Ashe’s Deadlock Challenge can win you a player icon, sprays with gunslinger of your choice and Deadlock Ashe Skin. Like in other challenges, you can watch streamers to unlock additional rewards. For example, with six hours of watching gameplay, you can get three sprays. The challenge revolves around Ashe and McCree characters, founders of the Deadlock gang in the new Overwatch novel Deadlock Rebels.

How will you fare against opponents from other platforms, and will your team notice you are playing on the Switch? The great thing about the launch of cross-platform multiplayer is Golden Loot Box that all players receive. Unfortunately, at launch, cross-play will not support cross-progression.