Copyright 2021 - All Right Reserved
Home  »  Printer Troubleshooting  »  Here’s how to set up a HP Wireless Printer, the easy way!

Here’s how to set up a HP Wireless Printer, the easy way! 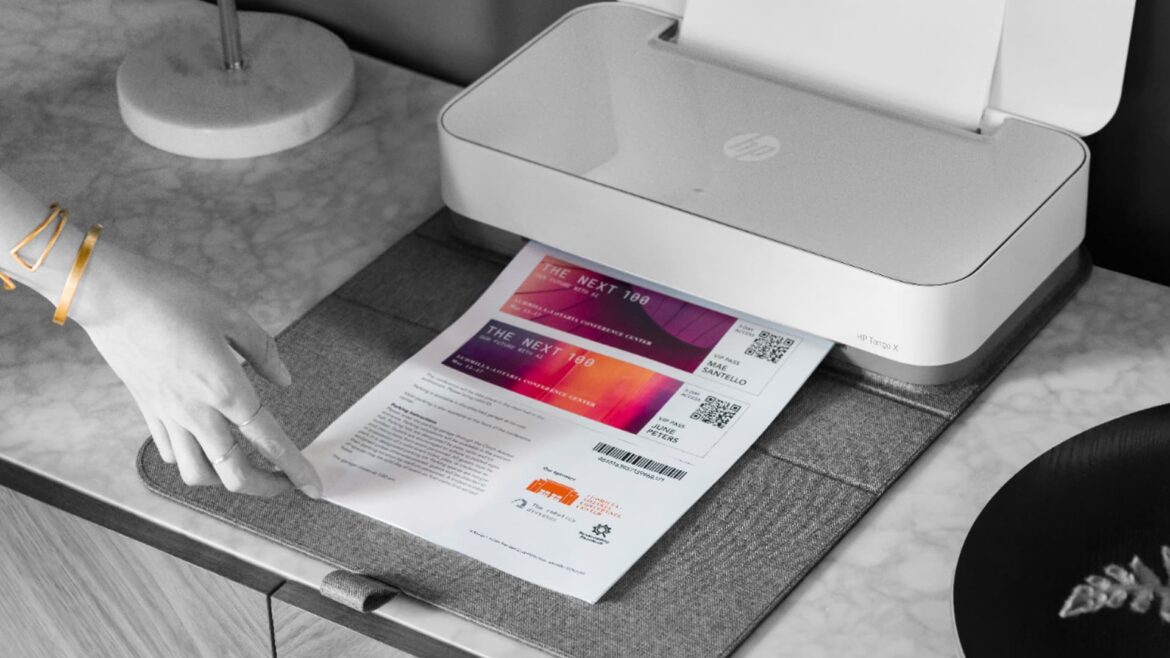 Wireless is all the rage these days. Nobody wants to deal with cables anymore. Sure, we still need them occasionally, but we’ll jump right at the opportunity to switch to Wi-Fi connectivity whenever we can.

Just as Wi-Fi on portable computers and mobile devices revolutionized the internet, wireless connectivity is slowly creeping up into the printer space. It’s no longer fancy or convenient to have to use a clumsy USB cable to connect your printer to the computer when you can just press a button and print from anywhere in the room or building.

Wireless printing has also opened up plenty of other possibilities for printer users, like the HP Instant Ink Free Plan, that lets you automatically replenish your ink levels when they start going low. There’s also cloud computing: with printers now having internet access on their own, you can use cloud services to store and print much more easily, along with monitoring printer usage and the status of your HP printer ink cartridges from anywhere.

PrinterHeadlines Tip: Not every HP printer has a wireless option. We know, it sucks. If you have a model that doesn’t let you use Wi-Fi (you can verify that in our HP printer manuals section), there’s really nothing to do but upgrade to a newer one. However, the chances of this are low: most printers that are at least somewhat modern will have no trouble connecting to a network cable-free.

How to set up a HP wireless printer on Mac

If you’re a Mac user, you’re probably familiar with the rundown. Everything is named differently than on Windows devices, you need specialized software and Apple very much insists on running its own ecosystem.

That doesn’t mean Wi-Fi printing on a Mac is any harder to start compared to a Windows machine. In fact, some would argue that it’s easier, since ease of use is Apple’s whole bottom line. We won’t go into whether HP printer troubleshooting is easier on a Mac. We won’t try and argue whether the HP printer error code list is less of a menace on Apple’s devices compared to Microsoft’s. We will, however, tell you that setting up your HP printer on macOS is a simple matter of knowing where to look.

Although a lot of guides focus on Windows machines, you’ll find that Macs aren’t that much different. It mostly comes down to different naming, which we will now cover.

Setting up a HP wireless printer on Mac

So, you’ve covered the initial HP printer setup on your Mac device and are ready for the printer to go wireless. Great! First, use the printer’s LCD interface and the surrounding buttons to find the Wi-Fi network you want to connect to, and enter the username and password if it’s a private one (it most likely is).

Now, it’s time to get over to your Mac and open up the Dock. From there, go to the Hardware section, and then find your printer model in the Print & Fax section. Now, click the “+” button (they’re really making it easy for us, aren’t they?) and you’ll be given a choice of tabs. Select the IP tab, then go to Internet Protocol IPP and enter the printer’s IP address.

If you don’t know where to find it, head back to the Print & Fax section, select your printer and then the Open Print Queue option. You’ll have to run a test print with your printer connected to the Mac device via cable. In the printer’s menu, open the Print Test Page, run it and then go to the CUPS text page. The Device URI section will have a string of text, with one line reading “IP=”. The numbers at the end of the “=” are your printer’s IP address, so go back to the interface mentioned above and insert it. There will be a “Print Using” option and the same interface, where you are supposed to select the printer you want to connect (most often listed as the driver’s name). Add the printer from that menu, and the Mac will recognize it whenever you want to print something from there on.

So, we’re back on the good old Windows. Plenty of support here. Trouble is, unlike Mac, Windows devices don’t really have a unified OS. You might be using Windows 7 or 8, which are somewhat similar, although not completly (think of them like remanufactured HP ink cartridges versus original ones). Then you have Windows 10, which looks completely different. To top it off, some people are still using Windows Vista, or even XP.

Well, we can tell you that if you’re in the latter category, you’re going to need a Windows upgrade before you can utilize wireless connectivity, as HP doesn’t support these operating systems anymore. HP printers have a Wireless Setup Wizard that’s accessed through the model’s LCD, which is usually reached via the Setup and then Network options on the screen.

Once you hit OK, the Wireless Setup Wizard will scan available Wi-Fi networks in the area. Provided you’ve configured everything on the computer properly, you’ll see the network you want to connect to on the LCD screen. Assuming you have the password, you can simply insert it and press OK, and you’re almost there. Just go back to the computer and use the search box to go to Devices and Printers, then click Add a printer, then find your product and press Finish. Your HP printer should be all ready to do away with the USB cable now. Not nearly as difficult as replacing HP printer drums, huh?

Windows systems already come with pre-installed drivers for wireless printing, meaning you don’t have to download additional software to run it. Still, the process is a bit different when it comes to Windows 10.

If you’re on a Windows 10 machine, repeat the steps above when it comes to the HP printer to connect it to the network. On the computer side, open the Windows Search (using the Windows Key + Q shortcut if you can’t find it on the display), then go to Printers and Scanners. Your printer should be listed here after you’ve connected it to the network, so simply click on Add device and you should be all set.

In case your printer doesn’t show up right away, there will be a “The printer that I want isn’t listed option”, which will scan for all available printers and should find the model you want to connect. You are very likely to be asked for the WPS pin here, so we recommend reading our article on how to find the WPS PIN on your HP printer (this also applies for Mac). We’ll also link some resources for configuring your wireless network down below.

While all PrinterHeadlines contributors are printer specialists with many years of experience in the tech industry, we will sometimes refer to other articles and websites. This gives our users a chance to both verify the information they’re getting and gives them a chance to explore additional venues of knowledge.

To cite this article, please use:

Bazmarov, Anya in “How to set up a HP Wireless Printer” on PrinterHeadlines.com, Published 5/08/2019, Last Accessed 16/10/2019, https://printerheadlines.com/how-to-set-up-hp-wireless-printer/

Common search queries about this issue include:

To keep PrinterHeadlines running and in a state of constant expansion, we use Google Adsense and affiliate partnerships in order to generate revenue. The money we earn from advertisements and affiliate commissions is used to support our site, allowing us to continue creating relevant and useful content for our visitors on a daily basis.